The Chinese passion for short faced, small breeds might well have been responsible for the development of the Pug. It is thought that traders from the Dutch East India Company took dogs of this type from China back to the Netherlands in the 16th Century where they became very popular in court circles. When William of Orange succeeded to the English throne, his Pugs came with him and gained the attention of the aristocracy. Soon the breed gained popularity in court circles. In the 21st Century he has maintained his popularity as a companion breed as a result of his great personality. He is the most substantial of the Toy breeds earning the descriptor ‘multum in parvo’ – a lot of dog in a small frame!

GENERAL APPEARANCE  Decidedly square and cobby, it is ‘multum in parvo’ shown in compactness of form, well knit proportions and hardness of muscle, but never to appear low on legs, nor lean and leggy.

HEAD AND SKULL  Head relatively large and in proportion to body, round, not apple-headed, with no indentation of skull. Muzzle relatively short, blunt, square, not upfaced. Nose black, fairly large with well open nostrils. Wrinkles on forehead clearly defined without exaggeration. Eyes or nose never adversely affected or obscured by over nose wrinkle. Pinched nostrils and heavy over nose wrinkle is unacceptable and should be heavily penalised.

EYES  Dark, relatively large, round in shape, soft and solicitous in expression, very lustrous, and when excited, full of fire. Never protruding, exaggerated or showing white when looking straight ahead. Free from obvious eye problems

BODY  Short and cobby, broad in chest. Ribs well sprung and carried well back. Topline level neither roached nor dipping

HINDQUARTERS  Legs very strong, of moderate length, with good turn of stifle, well under body, straight and parallel when viewed from rear.

FEET  Neither so long as the foot of the hare, nor so round as that of the cat; well split up toes; the nails black.

GAIT/MOVEMENT  Viewed from in front should rise and fall with legs well under shoulder, feet keeping directly to front, not turning in or out. From behind action just as true. Using forelegs strongly putting them well forward with hindlegs moving freely and using stifles well. A slight unexaggerated roll of hindquarters typifies gait. Capable of purposeful and steady movement.

COAT  Fine, smooth, soft, short and glossy, neither harsh, off-standing nor woolly. Any stripping or trimming of the coat which alters the length, texture or outline must be penalised.

FAULTS  Any departure from the foregoing points should be considered a fault and the seriousness with which the fault should be regarded should be in exact proportion to its degree and its effect upon the health and welfare of the dog and on the dog’s ability to perform its traditional work.

SIZE  Ideal weight 6.3-8.1 kgs (14-18 lbs). Should be hard of muscle but substance must not be confused with overweight. 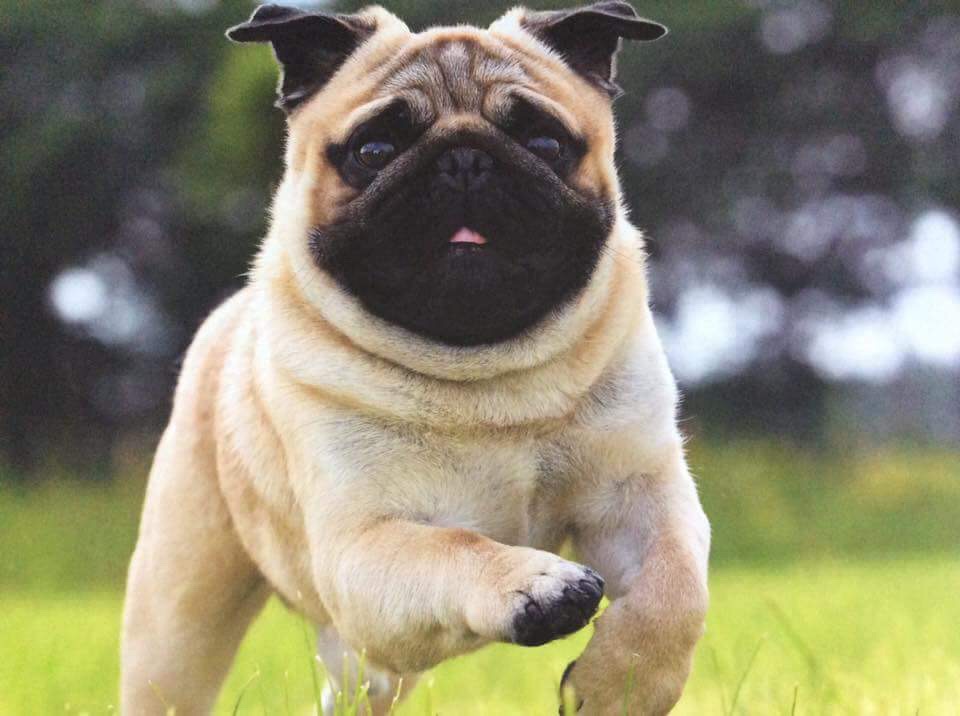